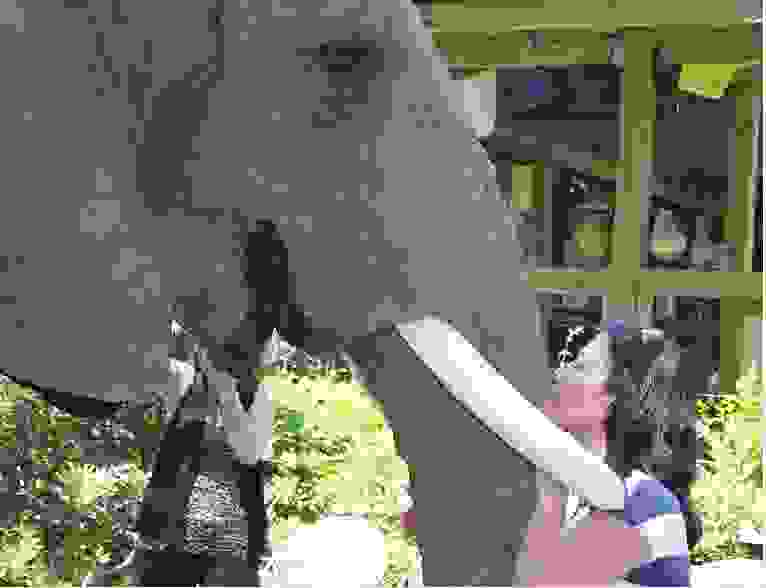 I discovered  yoga during a trip to Sedona in 1996.   I remember walking out of the  class with a sense of calm I had never experienced before.  I  incorporated yoga into my workout routine but never realized the power  of yoga - until I was hit with a debilitating illness in 2006.

A  stressful work environment started to take its toll on my health.   My  life became a marathon of doctors’ appointments, test and procedures.    As my health declined, my yoga practice became my saving grace.  I  booked my first trip to Kripalu.  A  week of yoga and meditation.  It  was life changing.   As I continued exploring all aspects of yoga, not  just the physical, my health started to improve.  I returned to Kripalu  three months later to take workshops in cooking, advanced postures and  meditation.  Bringing my yoga practice into all aspects of my life, I  knew I needed to make some  changes.  I resigned from my job and took two  months off before starting a less stressful one.  During this time,  I studied Bikram yoga and Hot Vinyasa with Jimmy Barkan and realized a profound  change in my body, mind, energy and life.  I also realized this was not a  style of yoga that everyone could practice.  My desire to share the  gifts of yoga with others led me to teacher training. I am a 500 hour  graduate of Kripalu School of Yoga and currently enrolled in the 1000 hour program.  My advanced studies include Yoga  for special Populations (Sudha Carolyn Lundeen), Uniting Yoga and  Ayurveda (Larisa Hall Carlson, John Douillard, Joseph LePage, Ballarama  Chandra Das)  Kripalu Vinyasa (Coby Kozlowski), Pranayama and advanced Asana (Yoganand Michael Caroll, Janna Delgado)  and Teaching  Transformational Workshops.  I had the honor of hosting Yogi Prakash  from Nepal in my home in 2014.  For two months we trained together on a  daily basis in classical Tantra yoga.


I am blessed to be co-presenting  a  Dynamic Gentle Yoga program with Rudy Peirce at Kripalu this August -  watching as my journey comes full circle.

I teach chair yoga, vigorous vinyasa and  everything in between. Specializing in beginner students and people with  mobility issues, I am passionate about helping people connect and come  home to their bodies.